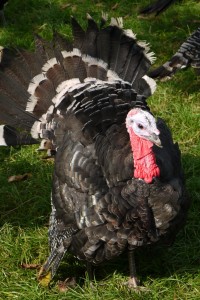 It’s pretty much the hottest day of the year and I’m about to eat a full Christmas dinner in deepest Berkshire. Just what is going on. Especially as I’m not turkey’s number one fan. It’s okay but to date its not had a guaranteed place on my christmas table…. 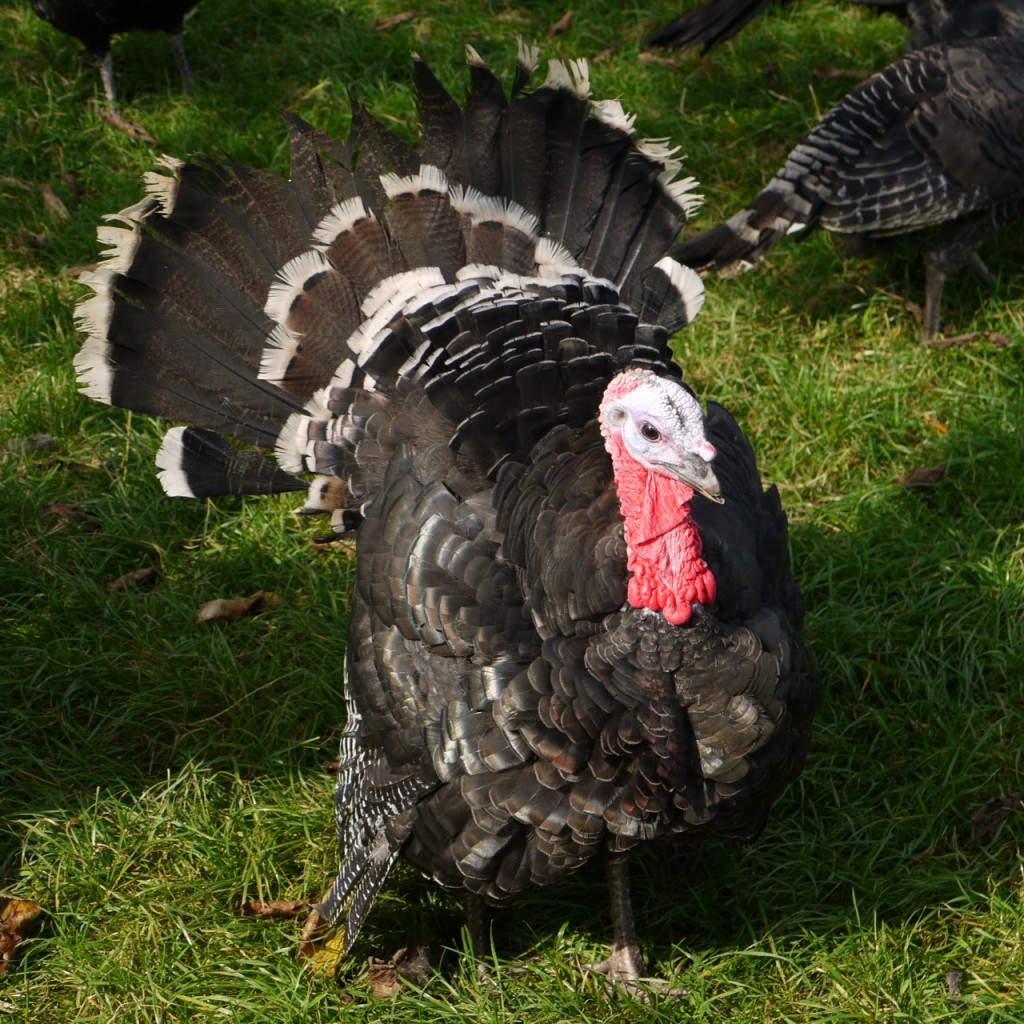 When I was a kid we always had roast turkey for Christmas dinner and it was good, but it never seemed as nice as the excitement it generated amongst everyone else. For me it was never quite a tasty and juicy as roast chicken. Maybe the plethora of trimmings overshadowed it …. what with tons of chipolatas wrapped in bacon, my mum’s top notch roast potatoes and my gran’s secret chestnut stuffing I’m not sure the turkey had much of a part to play. At least not for me.

So once I got to be in charge of cooking christmas dinner I varied what was on offer. If we were having turkey cooked for us elsewhere close to Christmas. I’d cook something else. If we were hosting the main event I’d stick with turkey (and still secretly wish it could be chicken we were having), if there was just the two of us well then I had free rein beef, duck, goose,chicken, pork, ham all possibly except lamb eaten over the years.

So is this turkey different? Well for a start I know a lot about where its from and how its been reared. On the basis that an animal that has lead a happy life is supposed to taste better then this has all the hallmarks of being winning. It’s also been cooked by Brenda Copas and is about to be carved by her husband ‘Old Tom’. What the Copas family don’t know about rearing, cooking and carving turkey probably isn’t worth knowing. They’ve been rearing turkeys since 1957 and still use traditional methods and breeds. All the turkeys are grown to maturity and the different breeds provide the size variation rather than many producers some of whose turkeys are slaughtered younger to provide smaller birds. Copas say that for traditional breeds its the way the turkeys are reared rather than the breed that creates the flavour.

We’ve visited the farm and met the turkeys (curiously inquisitive animals whose odd looks belie a docile nature). We’ve heard about what makes the turkeys special:

– only raised during the traditional breading season and not year long

Tom carves, plates are handed round and after a toast we tuck in. Its good, very good. Lots of flavour, moist, tender. The breast meat is excellent with a good balance of delicateness and proper flavour to satisfy everyone the legs are gamier and much more remisent of other birds. Some of each is a good contrast. Several people have seconds (this is getting rather like real Christmas) some of us are pretty full so save a little space for dessert.

So will I be switching to turkey every Christmas??

That’s a really difficult one, now I know what excellent turkey tastes like and how to cook it…well its definitely much higher up my list but I’m a contrary thing and I’d probably still vary from year to year depending on who I’m cooking for. One things for sure I’d be seeking out a Copas turkey and if I was too slow and missed out (after all they do only rear about 50000 turkeys each year) then I’d be looking for something that was reared in a similar way from a farmer with high standards.

Copas Turkeys have a Great Taste Awards Two Gold Stars (2010) and having been a judge for the 2011 awards I know how high the standard is to achieve that .

Order your Copas turkey online or through one of the butchers who stock them. Be quick they sell out fast.

I was a guest of the Copas family and  Story PR.